Built in 1879 as a tourism attraction, Andrews Geyser was an eye-catching site for visitors reaching Old Fort by train.  Named to honor Western North Carolina Railroad officer, Alexander Boyd Andrews, the geyser was part of the property surrounding the Round Knob Hotel.  During those days, visitors traveled from eastern North Carolina and from the lowlands of South Carolina to enjoy the cooler summer months in the mountains.  In 1903, the hotel burned and the owners decided not to rebuild.  The geyser was such a popular attraction, one of its admirers paid to have it moved to the opposite side of the creek, and today it's part of a public park owned by the Town of Old Fort.

One of two N.C. Civil War Trail Markers located in McDowell County, one is located here noting one of the last skirmishes of the Civil War taking place in April of 1865.  Troops led by Union General Alvin C. Gillem were traveling towards home in Tennessee, after leading a raid on Morganton, when they encountered troops under Confederate General James G. Martin.  Martin heard of Gillem's approach to the area and strategically placed his 700 men along the top of the Swannanoa Gap, where Gillem's troops attempted to ascend the gap.  Martin successfully trapped Gillem's 2,800 troops in a horseshoe cross-fire winning the skirmish.  Gillem was forced to retreat, returning to Old Fort proceeding into Rutherford County, and ascended the mountain through Howard's Gap reaching Hendersonville and marching on to Asheville.

Park hours are dawn until dusk.  Picnic tables are available on-site, there are no toilet facilities. 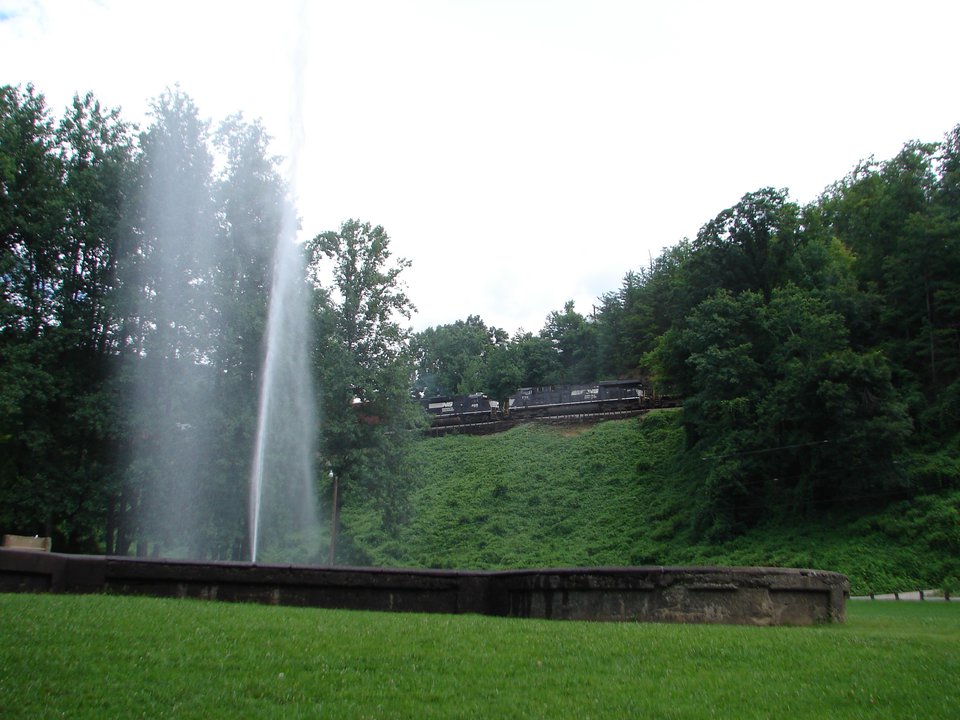 Hike an easy .03 mile trail to Dugger's Creek Falls, a small but breathtaking waterfall in Linville Falls! The waterfall and swinging bridge are photo-worthy!

You'll find this one in the Toecane District of Pisgah National Forest with a 30 foot rush down a narrow,…

Discover Emerald Village, a group of real, historic gem, mining, and historical attractions in Little Switzerland, NC. There's so much to see and explore!

DiamondbackNC is an alternate route, 12-mile driving trail with incredible scenery. It is one of western North Carolina's last great mountain roadways!